Why Passion, Not Gig, is a Better Way to Frame the New Economy 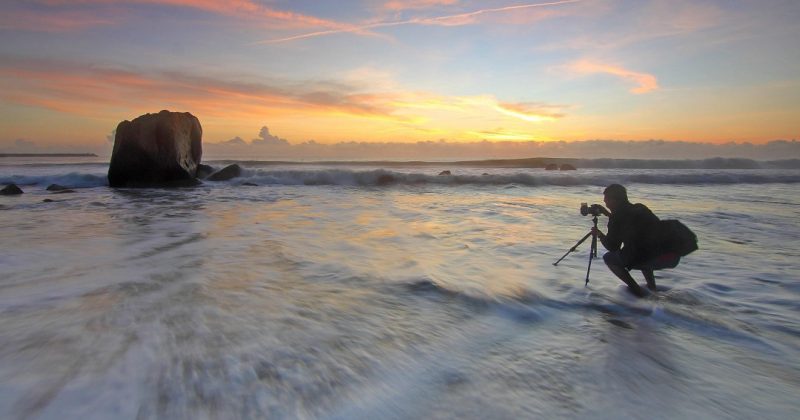 Even though I’ve started a few companies, written a few books and am an Executive in Residence at The Laboratory for Innovation Science at Harvard I’ve always been uncomfortable with the terms Open Innovation, Crowdsourcing, Freelancing and the Gig Economy. Even Remote work doesn’t seem to do it. It wasn’t until I read Li Jin’s The Passion Economy and the Future of Work blog post that I understood the issue I had with the names we’ve traditionally used to talk about the Future of Work and Open Talent.

Gig, crowd, freelancing are all terms companies and academics use to talk about a new powerful economy, fueled by technology, that is emerging and gives people the tools to be able to pursue their passions at a reasonable cost. It’s not much different than other less than inspiring terms like consumer and employee.

When you flip the mindset and look at the changes in the economy, not from a corporate point of view, but from a broader cultural perspective, the passion economy starts making a lot of sense. Who doesn’t want to follow his or her passions?

This rise of passion-based entrepreneurs has been around for a while but this feels different. After reading Jin’s blog post I came across Adam Davidson’s new podcast, The Passion Economy. Adam is best known for the Planet Money show on NPR, really understands the economy and lays out a powerful story of the emerging Passion Economy. I’m looking forward to his book by the same title.

One of the realities of this new economic movement is that the digital transformation that all of us have witnessed as consumers is also decreasing the friction in starting and running a new business. While I’ve always been a part of the passion economy it’s stunning to see the effects.

During the years when I ran Sports & Fitness Publishing, publishing titles including Women’s Sports and Fitness and Gravity, we spent $100,000 wiring our building with Ethernet cable in 1998 (only to have an office dog chew the cable, leaving us to pay again to rewire it). Today, 20 years later, the same connectivity and speed costs about $10.

This dramatic drop in the cost of technology has spurred a whole new generation of micro-entrepreneurs. I sit on the board of advisors of Inkwell, a modern media company fueling the Passion Economy. Today, they help folks, like my friend, Jimmy Chin, create a business. Twenty years ago Jimmy would have had to beg an editor from, say, Outside Magazine to write an article about him to fulfill his sponsorship obligations. Outside would have to first find Jimmy then send a group of writers and photographers out in the field to write the article. The article and photos then had to be edited, printed and distributed to the readers. At the same time, advertisers would be sold on the story. This process would take dozens of people months to complete.

Today, when a brand is interested in associating themselves with Jimmy they just call Jimmy (or, [his agency, Inkwell). They meet. Jimmy shoots a few photos and that day posts them to his 2.5 million Instagram followers. Compare that to Outside Magazine’s 800,000 followers today.

But most importantly these new digital tools have allowed Jimmy to take control of his passion. And, that’s cool.

So, where do Gig economy platforms come in?

You can look at the gig economy platforms, whether B2C platforms like Uber and Lyft or B2C platforms like Upwork, Freelancer.com, TopCoder or Toptal as the first generation of taking the friction out and fueling the Passion Economy. This is just the start. As Li Jin outlines in her article we will see platforms evolve quickly to give more control and freedom to the participants to follow their passions, from teaching math to creating code. 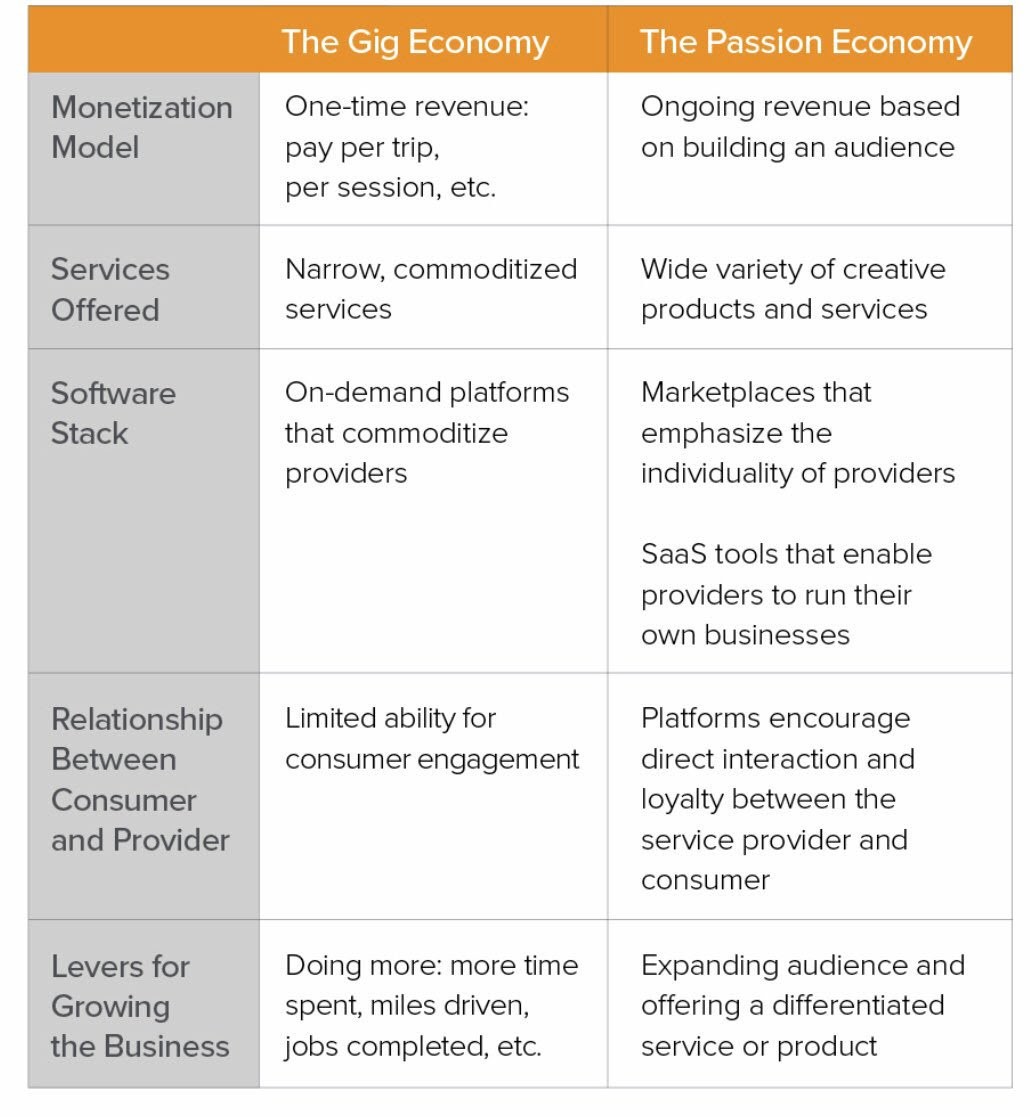 If we shift our mindset from the gig economy to the passion economy the world looks a lot different. You don’t go to a platform to beg for jobs solely for the income. You go because they help you fuel your passion. Or, they give you the flexibility to follow your true passion.

What does this mean for companies?

If you’re working inside a large company and reframe gig to passion chances are that you’ll start feeling less threatened by a gig worker doing code and instead admire the passionate coder who’s trying to hone his skills.

As Daniel Pink wrote in the book Drive, intrinsic motivation is always more powerful than extrinsic motivation. If you asked most people inside companies chances are they aren’t pursuing their real passion. A lawyer, for example, may want to be an artist or a manager or a baker of rustic bread.

If you work in a company and are driven by extrinsic motivations, you’ll see the world as if everyone else is motivated by the same things that you are. But, for those of us out here on the frontier, Jimmy, me, millions of other people building businesses around their passions – taking advantage of the powerful forces of digital transformation – this is a once-in-a-lifetime opportunity.

I hope you can become a part of the passion economy either by finding a low-friction platform to help you pursue your passion or by getting connected to and working with passionate people that are driven by intrinsic motivations.

What an amazing time to be alive.

Follow me on Twitter or LinkedIn.
Editor’s note: This article originally appeared on Linkedin.
Write a response...