Trapped in Assumptions About Gig Economy Workers? Here’s the Truth 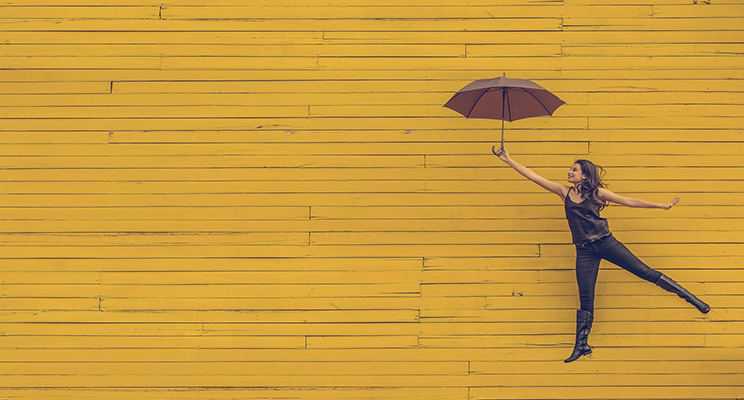 The best talent is migrating to the gig economy. Twenty to 30 percent of today’s workers take part in the gig economy, a term used for independent workers or “freelancers” who earn money through temporary contract work, instead of through a structured payroll position. This number is expected to grow to 40 percent by 2020.

These are impressive numbers. But who are the tens of millions of people who have bravely eschewed traditional work roles in favor of working independently? Are they all just failed employees? Open Assembly recently met with Carl Camden, the Founder and President of the Association of Independent Workers, also known as, iPSE -US, a nonprofit supporting independent workers in the U.S. and his business collaborator, Hollie Heikkinen, the CEO and Founder of iWorker Innovation—to talk about this and other workforce trends. Here’s some of the conversation.

Independent workers are mostly choosing, not defaulting, into the gig economy

An astounding 22 million people make all of their money as an independent worker. Studies show that the gig economy consists of two main categories—those who earn their primary income from independent work, and those who have jobs elsewhere and are supplementing their income as moonlighters.

How many are there by choice vs. out of necessity? The majority, it turns out. “They agree that that’s how they want to work,” says Camden. In 2018, independent workers worked 1.7 billion hours. “Sixty-seven percent of them are full time and say that it is their choice,” he says.

“These are people that are extremely educated,” says Camden. “More often than not, they’re higher educated and much more resourceful than people that are employees.” In fact, 40% of independent workers have a college degree or higher, he says.

Camden’s insight is reflected in other conversations we’ve had. Consider Sergey Pogodin’s story. He’s a 33-year-old gig worker who grew up in Moscow, Russia and now lives in Valencia, Spain: “Prior to my involvement in crowdsourcing, I completed a masters in Physics, a PhD in chemical engineering, and worked as a postdoctoral researcher in a chemical research institute,” he says.

Pogodin is working in the gig economy by choice. “These people are independent contractors for some major reasons,” says Camden. “They want to work within your companies. They want to add value, but they want you to respect them to be able to organize their work around their life, not their life around their work.”

Independent workers are not failed employees

“We look at independent workers and assume ‘oh, they can’t really get a good job, nobody wants to hire them,’ so they have to be an independent contractor,” says Camden. This is a misconception, he explains. “The reality is most of them are thrilled to be working this way.”

“Looking at my CV, any HR person assumes that my software development skills are loose, and I don’t have the interpersonal skills to convince anybody of the opposite during a short talk,” says Pogodin. But in gig economy work like crowdsourcing, for example, “you’re judged primarily by the output of your work, not by the personal impression you make. Through crowdsourcing, I find and do the work I like, and get a nice reward for that job,” says Pogodin.

Choosing independent work is not just a “millennials thing”

“A lot of people think that this new world of work has everything to do with millennials. Well, that’s not actually true,” says Camden. The over 55 age group is actually growing quicker than independent workers under 30. He cites the 2008 crash and what that did to people’s trust of traditional employment as a secure choice for the future. “People over 55 know their value. They have great skillsets and maturity that allows them to work independently and be very successful.”

But younger generations are certainly not looking back at the traditional employment model wistfully. “For many, many people of the current generation, the idea of having a job is viewed as horrifying,” says Camden. “Zines coming out of the college campuses talk about people who have jobs as ‘wage slaves’ and ‘victims of capitalism’ rather than being people taking advantage of capitalism. There’s a tremendous change unfolding here in the United States in terms of the psyche around work.”

Studies also show that those participating in the gig economy by choice experience higher work satisfaction than people with traditional jobs. But that satisfaction goes beyond work: “Independent workers turn out to be more socially engaged,” says Camden. “They vote more frequently, they’re more satisfied with their role in society that they’re playing.”

These trends are good news for companies that hire independent workers. Who wouldn’t want to hire happier and more engaged people? As more educated, motivated, and highly skilled people opt into the gig economy, how quickly will businesses shift to meet them there?