The World As We Knew It Is Over. Now What? 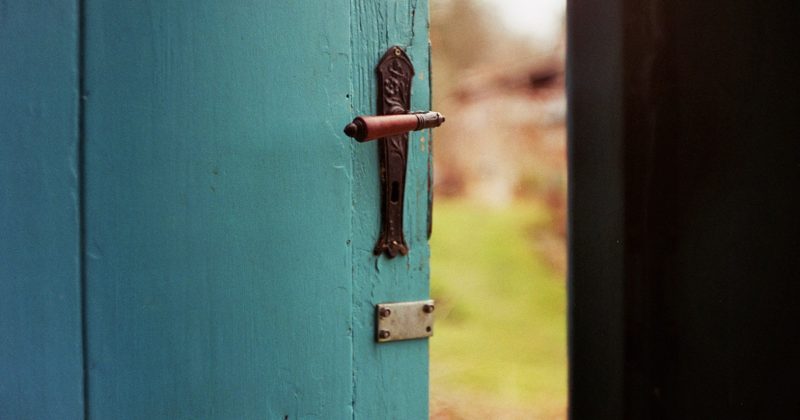 We are in the midst of a radical revolution. While some call it the digital revolution it’s much bigger than that. For sure, digital technology is at the foundation of this revolution but it is only the catalyst to the change. Fundamentally, economic value is created from economic inefficiencies. If you were a farmer and owned fertile land it was more economically efficient for you to grow crops than for someone else that lives on a rocky hill. Hence, people buy vegetables from you rather than grow vegetables themselves.

The same goes today. My great grandfather, grandfather and dad were all in the newspaper business. They all took advantage of the inefficiencies of people communicating economic exchange. If you had a bike to sell it was really inefficient to put a sign on it and ride it around town. That inefficiency meant that classified ads were not only more efficient but also created economic value for the newspaper, the ad salesperson, the copywriter, and the printer. Those incomes provided economic value to the community as they bought groceries, clothes and cars.

Newspapers were doing well until Craigslist came along and built a business around the inefficiencies of classified ads, making newspapers less relevant. While it’s great in the short-run that consumers can save money and have a faster, easier way to sell a bike it also comes with a cost to the system. All of the economic value created less efficient system, newspaper classified ads gone. And, with the economy shrinks.

While this all started slowly, today every sector of the global economy is being affected by the relentless drive for efficiencies. This might have been obvious to you but it really struck home last week when I was trying to hang a picture. I was without a level and about to run out to get a level when someone said, “I’ll bet there’s a level app on the iPhone.” Sure there are 4 free apps plus a slew of them that cost 99 cents. I downloaded one in a minute. My new level worked great.

While I’ve always been blinded the bright light of technology and innovationI started thinking about the negative effects of my actions. My decision to download the level app meant that the retailer, the level manufacturer, the metal supplier and all of their employees lost out on revenue. While my actions benefited me, as a consumer, it had broad implications for society, as a whole. By extracting economic inefficiencies, others in the society lost.

As an entrepreneur, I’ve always had the perspective that this is what capitalism is all about. If you can do something better for your customers than your competitors then you would be successful. If you couldn’t, you’d be out of business.

In theory, that works really well. The problem is when the rate of change happens so fast, as it has with the acceleration of technology; societies have a difficult time absorbing the transition. The transition from horse drawn carriages to cars took decades, giving societies the ability to absorb the shock of innovation and make the transition.

Currently, innovation is happening so fast that we have a difficult time adjusting. A great example is Kodak, the poster child of the Innovators Dilemma. They invented digital photography but couldn’t change their business model fast enough to make the transition.

Every one of our businesses are in the same place. The acceleration of change is shifting everything from the way we manufacture to the way we communicate with our customers. If you think you’re immune contemplate what changes will happen in a few years when all of us will have 3D printers in our homes and can manufacture almost everything we need to consume. If you’re focused on running an efficient manufacturing company 3D printing has the potential to radically affect that.

We sometimes forget that while it’s great that so many of the things in life are getting cheaper a component of all of our incomes is based on the cost of living. If we’re radically saving money it seems logical that there’s a potential for our own incomes to go down and the global economy to shrink.

While that sounds dire, I’m betting that innovation will create industries that will get us back on the growth track again but that’s going to take a while.

In the meantime, how do we help our businesses survive and thrive with the necessity to maximize today’s business models all the while building for the future? There are three things to focus on.

1. Give innovation space – Often companies try to fit innovation efforts into their current systems. It just doesn’t work. That’s why Kodak failed. Innovation needs the ability to pivot and fail. It needs time to find the best path to the future. Instead, most companies have a bureaucracy that is set up to maximize a mature system. Such a management style will kill innovation. Separate efforts and divisions by what they’re trying to accomplish. Support and focus on maximizing the mature system but find another system to support a team to focus on the future. As innovation matures you can then focus on integration.

2. Be ruthlessly agile – Mature companies move slowly. And, they should as most are managing in decline these days. That takes a lot of slow, deliberate effort of ringing out every penny. On the other-hand, Innovation is messy. It takes a committed team and a philosophy of ruthless agility. Move fast, fail fast and once something works build it fast. Whole paradigms will shift. Accept it. Take advantage of it.

3. Move from managing by command and control to inspire and support – It takes courage to change the way you do things and to be radically transparent about what works and what doesn’t. You still need to measure the right things but innovation, by its nature, is full of insecurity. Focus on getting everyone on the team involved.