Six Strategies For Silo Jumping At Your Company 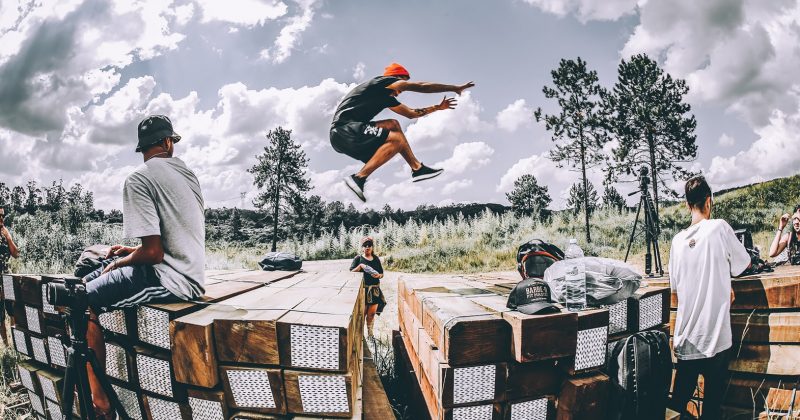 Corporate America was designed and built in an age that is already long gone. The change happened so fast we didn’t have time to also change how we think. Consumers and some innovative companies have sailed into this new world while most organizations sit on the shore still believing the world is flat—or that departments should be siloed. It’s not that organization’s lack innovative ideas, or even the will to be innovative. Instead, it’s the internal separation from each other’s ideas and processes that become the roadblocks.

It’s hard to get permission to do extraordinary things. It’s risky to jump silos. If you’re spending a ton of time in another department and trying to break down silos folks on one side might feel threatened and on the other side, think you’re a traitor. At the very least, they’ll think you might be wasting time when you could be doing the same thing everyone else is in the department is doing. But remember, asking first never seems to work very well. Take action. Here are six strategies to bust out of silos.

Start by connecting with people from other departments but don’t stop there. Get to know their suppliers. Their customers. How do they do things? How can you use some of their ideas?

Lots of times innovation is assigned to a cross-functional team. Instead of thinking about what specific people should be on each team, think about what functions the team needs to get done, then about the chemistry of the team. Often times it’s an intuitive thing. You’ve been there. A team with too many leaders is just as hard to deal with as a team with no leaders at all. Sometimes, getting the right chemistry fit is more important than the people themselves.

Generalists can often get more done than because the expectations are lower. You can make mistakes or ask the stupid question that an expert might not be able to. And, you’re not expected to always be right. Throughout any the generalists are easy to spot. They’re the ones whose career path hasn’t been linear. They’ve been in marketing, on the product side, in sales, and maybe even in finance. it’s the generalists that can get things done. They know who to ask to get involved in a project. They know where to turn for the answers. But, most importantly, they understand the unspoken system of how things get done.

It’s fun to be with people that make you feel good, isn’t it? And, if they make you look good, all the better. Find a way to make the folks that you work with feel good. Be fast to give them credit. Be positive in your comments. Be interested in what they have to say.

Go slow at first. It’s a bit like entering a foreign country. Everyone is a citizen of the same company but not everyone speaks the same language, let alone has the same goals. They’ll probably be a little suspicious of you.

6. Invite Outside Folks to Your Meetings