Everything, Even Patient Care, Gets Easier With Gig Economy Tools 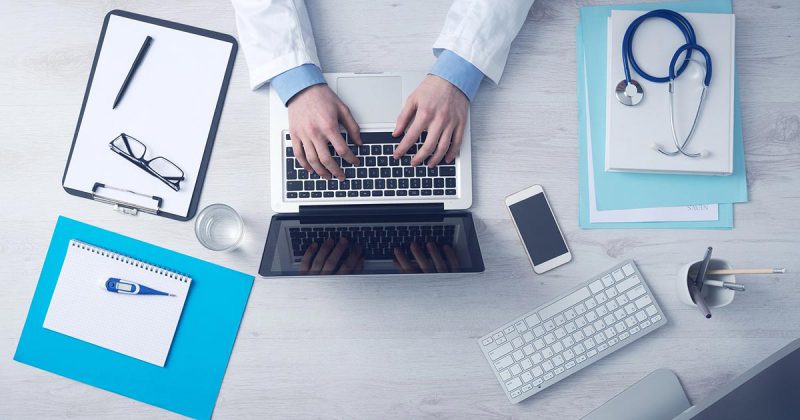 Doctors and patients today are frustrated. I don’t normally talk about healthcare in my blogs, but hear me out because this one does relate to the gig economy and the future of work.

The last time I visited my doctor, he had to spend more time than usual entering data into his computer screen and less time face-to-face with me. I like my doctor a lot and he gave me good care. But I knew he was frustrated. There’s a story that ran in the New Yorker about how doctors hate the new system that was supposed to make things easier, but instead has made many feel they can’t focus on patient needs in the way that they’d like.

There’s another disconnect between doctors and patients that grows increasingly important as healthcare coverage increases, while benefits from that coverage decrease. If you’ve ever been given a prescription for which you’ve ended up with a huge out-of-pocket copay, then you know what I mean.

That’s why I was glad to learn about a new tool from GE’s GeniusLink that does exactly the opposite—it helps doctors give patients better, more affordable care. GeniusLink is a crowd platform that has incubated and scaled several exceptional ideas, including a product that is already at work in health care programs in Texas and Tennessee. The tool is called ValueBar™ and it does two important things. It helps doctors quickly figure out the best way to care for their patients and it helps patients get the best, most affordable care protocols for their particular health issue.

Dyan Finkhousen, Managing Director, GeniusLink and President, GE Fuse recently explained ValueBar™ to me. She said that the inspiration for the tool came from a physician, George Fidone, M.D., who was frustrated doctors were being asked to do more with less but weren’t given clarity about what “more” and “less” meant. Everyone was talking about price transparency for the patient, but there wasn’t a way to provide real-time access to information that would help physicians make better and more affordable healthcare choices. ValueBar™ is the solution to that problem.

The software application shows up within the electronic medical record as a color-coded bar at the top of the screen. As the physician considers which medical course of action to recommend, the software provides real-time information about the protocols their colleagues administered for patients with similar conditions. The physician can factor in medical records and cost benefits for help to make the best overall choice possible for patient care.

Essentially, this new software tool gives the physician immediate access not just to a trusted “second” opinion, but to multiple data points from similar care decisions and cost results. “Amazon invented one-click purchasing,” says Finkhousen. “We’ve essentially invented zero-click access to a crowd that provides expert wisdom in a way that is valuable to the healthcare system and the patients. Never before have physicians had access to the cost and quality impact of their decisions in real-time at the point-of-care.”

Finkhousen tells me that the crowd wisdom fromValueBar™ has consistently saved hospitals $400 per discharged patient in direct variable costs, which adds up to between $100 to $300 million a year for a sizeable health care system. ValueBar™ also helps decrease the average length of stay by about a half a day per patient, which for capacity-constrained healthcare systems could be the equivalent of building another hospital to make healthcare more accessible.

Doctors still have to use their new computer system to log data. For now, the gig economy hasn’t solved that particular problem. But the good news is that open tools, like this new GeniusLink program, are already changing what’s possible in the day-to-day realities of how we work. Thanks to tools like ValueBar™ doctors are delivering better, more affordable patient care. That’s the big picture of the future of work—to make our lives easier and allow us to spend more time focusing on the things that matter most—like human connection, saving money, improving our health and seeking the fulfillment we desire, no matter the path.