Let’s Define Some Things: What is a Networked Organization and Open Talent? 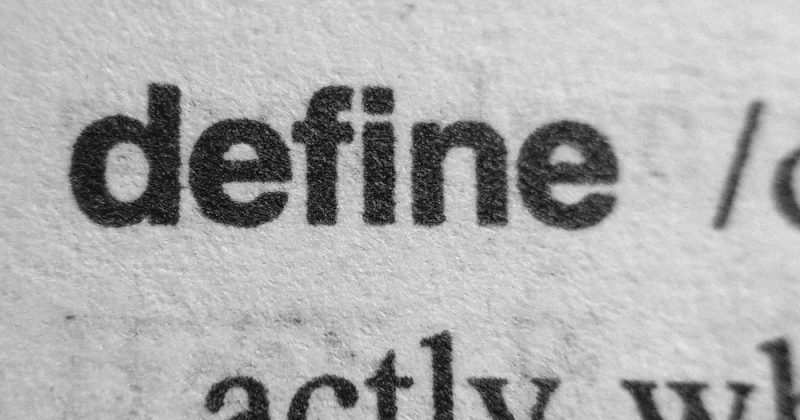 With the world of talent changing quickly it is our goal at Open Assembly to create a common language and a common process for adopting new, digitally connected talent from platforms. Let’s start with how we see the need for organizations to change. We believe that no matter what your size, you need to think of yourself as networked.

A Networked Organization is one that taps into a global workforce ecosystem of Open Talent. Networked Organizations take a holistic approach to talent by creating platforms to tap into full-time internal employees, outsourced external workers, contingent labor, and freelance and contest accessed talent. The goal is to pursue both individual and collective organizational goals by ensuring that all participants have the ability to work where, how, and when they want to.

Open Assembly and LISH (Laboratory for Innovation Sciences at Harvard) started their lives in the crowdsourcing and open innovation contest space helping NASA build their Center of Excellence for Collaborative Innovation. Back then crowdsourcing was the predominant way to attract world-class talent to difficult problems. Freelancing was still fraught with many problems. The digital tools to verify someone’s identity and the ability to control your IP in a secure way were two of the biggest concerns. Crowdsourcing and open innovation contests meant that you were buying outcomes and didn’t have to be concerned about many of the issues that hiring managers must concern themselves with.

What is Open Talent?

Open Talent refers to the global workforce that can be assembled and organized through digital connections and platforms to perform work. Its members can be either internal to companies or external; skilled or unskilled. The growth of the open talent economy depends on companies’ efforts to find, train, incentivize, and maintain these workers as they push the boundaries of digital transformation. That requires a special mindset, one that takes a more holistic view of talent strategies than most business leaders do. Whether it’s tapping into more of the cognitive surplus within your own company or outside it, open talent provides a framework for reducing friction and increasing the volume of work that can be done. A Networked Organization is an organization that has adopted an Open Talent strategy as its operating model.

The Open Talent Ecosystem is made up of three components. Internal Talent Marketplaces are enabled by platforms like Workday and the start-ups Gloat and Hitch, which allows employees to take more control of what work they do, and who they do it for. Platforms like Upwork, Turing, Torc, Fiverr, and Field Nation are External Talent Clouds; they provide companies with everything from temporary bookkeepers to highly-skilled data scientists and software engineers. Finally, platforms like Wazoku, Topcoder, and Kaggle enable Open Innovation contests and crowdsourcing by connecting businesses to global networks of subject matter experts. NASA is a great example of an organization that uses Open Innovation as a complement to the work of its internal laboratories. And, just as importantly there are a number of companies, like Worksome and CXC that are creating the right infrastructure to allow for more fluid adoption of open talent.

It’s important to note that gig work and Open Talent are not synonyms. While gig work is certainly related to Open Talent, it is more focused on business-to-consumer relationships, such as driver and rider, and restaurant and take-out food customers. There are many pressing issues that the rise of the gig economy has surfaced, from exploitative wages to a lack of basic workers’ rights. Open Talent workers, in contrast, tend to be highly-skilled providers of professional services who interact directly with companies and have some negotiating leverage. Given the nature of their engagements, they must meet a host of compliance and IP requirements.

We believe that Open Talent will scale in much the same way that Open Source has, transforming businesses in many of the same ways that Open Source has changed the software industry. In some ways, it already has. A funny thing happened when COVID-19 brought the world to a stop in the spring of 2020. All of a sudden, all kinds of work became digital. We early adopters realized that it was an acceleration of trends that had long been underway. But what an acceleration — things that might have taken ten years tipped within a matter of weeks, sometimes even. Companies are modularizing tasks and distributing them across their available workforces, internal and external. It’s not that different from what happened during the industrial era, when companies learned to systemize tasks, except instead of the Taylorization of assembly-line workers, it’s happening with high-skill workers in finance, creative services, and technology.

We sometimes joke that the time will come when Open Talent will be ordinary to the point where it’s boring. For some of us, it already is. Karim Lakhani loves to end our meetings by reminding us of William Gibson’s famous adage: “The future is already here, it’s just not evenly distributed yet.” In time, it will become clear that Open Talent is part and parcel of the digital transformation of the entire talent industry, including traditional providers of professional services and outsourced labor, like UST, Deloitte, and Wipro, whose business models remain deeply rooted in the analog world.

The fact is, the global talent ecosystem is already the Open Talent ecosystem. That might seem like a wildly grandiose claim. But think about all the other industries that were transformed by small groups of outside disruptors. Book publishing is one that comes to mind. Traditionally, it was a cottage industry. Acquiring editors spotted the potential of manuscripts with potential readers, and line editors and copy editors developed them. Marketers estimated demand, paper buyers laid in stock when commodity prices dipped, and production editors arranged to have the books designed, printed, and bound. Sales forces presented the books to potential jobbers and retailers and sold them on a returnable basis. Publicists sent out copies to reviewers and booked the authors in appropriate venues.

The term Networked Organization was coined more than a decade ago to describe decentralized organizations that rely on webs of connection rather than pyramidal hierarchies. Traditional hierarchical (and even traditional networked) organizations are closed systems that are built on the economics of scarcity. They accept high overhead costs to ensure high levels of productivity. But now digital technologies can capture more of your workforce’s cognitive surplus, while harnessing the efforts of part-timers, amateurs, and enthusiasts, and for a far lower cost than was previously thought possible.

Networked strategies recognize that disruption is constant, not cyclical. Companies that can move quickly enough to profit from change don’t bring 362 porters and tons of baggage with them when they set out to innovate, they don’t micromanage the process from the top down, and they don’t insist on “owning” all the means they employ to succeed. Their teams are light on their feet, have a sense of ownership over outcomes, and are empowered to make their own decisions and recruit all the help they need. Once they align around a new approach, they deploy it quickly.

In the early days of Victors & Spoils one of our investors, Scott Beck, suggested that the goal of any entrepreneur was to take the time to identify what they want to happen and then help it happen. That is very much the case where open talent is concerned. Entrepreneurs use it to make something from nothing; executives at established companies use it to help their own projects and initiatives succeed. But enterprises, as a whole, have yet to adopt it in a systematic way.

After twenty years of working in the Open Talent ecosystem, starting my own companies, and helping companies adopt these new talent strategies, the revolution is only just beginning as the world suffers from a severe shortage of talent, especially tech talent.