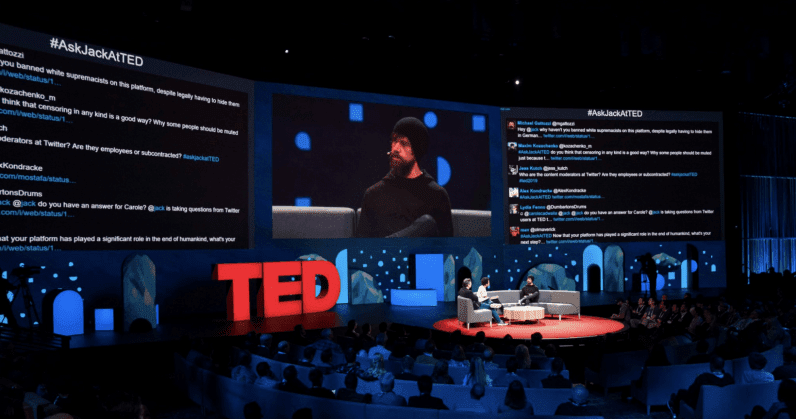 As a long time TED participant I always look forward to this time of year. TED provides a perspective on where the world is going. A week of thoughtful dialogue with some of the best thinkers in the world. Yet, the last few years TED has evolved into a show, where perfect presentations are given to an audience that expects the very best. Form had begun to dominate over substance. Last year it felt like much of the audience was obsessed with their own success, talking about recent IPOs and fantastical journeys, true markings of the 1%. Yes, there’s always the mind-bending and paradigm shifting talks, but it’s missed a more human element.

I entered this years TED thinking that it would be my last.

Yet, from the very start this year there was a newfound humanity. Instead of the techno-optimism of past years, there was a vulnerability. There was a sense that maybe all of our hopes and dreams of technology solving all of the world’s problems was shattered. It started with a session called Truth with a rousing speech from Carole Cadwalladr on the role of Facebook in Brexit and the threat to democracy. The talk felt real, full of pauses and nervousness. It felt as if history was being made as Cadwalladr spoke truth to power, calling out Mark Zukerberg, Sheryl Sandberg and other tech executives to come out from behind their organizations and explain their actions. As impressed as I was by her speech I was equally impressed by the reaction of the audience. Changing the rules of our digital world is essential to the future of our world.

From the beginning, this year’s TED theme “Bigger Than Us,” played out on stage and in the conversations that surrounded it.

The next morning, Chris Andreson interviewed Jack Dorsey and in an un-TED-like moment asked the audience to take out their phones and participate in the conversation by tweeting questions that scrolled on the screens behind the stage. While not perfect it felt less like a TED talk and more like a dialogue. I was especially impressed with Chris’s aggressive questioning of Dorsey. The 42-year-old Dorsey seemed completely out of place, dressed in black with a hipster stocking cap perfectly afixed low upon his head as the audience buzzed with the latest news of Dorsey’s 1,000 calorie a day diet and his return from a ten-day silent meditation retreat. Many in the audience were questioning how an impetuaus, self-absorbed teenager was in charge of the future of our democracy. While, unlike other CEO’s of social media platforms, Dorsey did show up, but his “It’s hard to fix Twitter,” answers seemed out of place as the audience, and the world for that matter, need action.

Dorsey’s look and answers seemed to be the antithesis of this year’s TED. A ghost from the past that we all know we need to move beyond.

These first two days felt as if a veil of seriousness and self-importance had been lifted and a new lightness coarsed through the audience and the stage. For the rest of the week many speakers uttered, “This can be edited out” after a bobble or restart on stage. There was a new sense of “we’re in this together to figure out a new future” with a sense of humility and responsibility. And, in the most unlikely session of TED, Anthony Venezialeentered the stage to give a talk on a subject picked in real-time by the audience with pre-picked slides, taking the piss out of the whole notion of what a TED talk should be. This newfound self-effacing lightness, this humor, showed a new confidence in the humanity of vulnerability and imperfection.

It was beautiful to witness TED evolve and to become more human. Chris Andreson, Helen Walters and the rest of the TED staff ushered in a new era not only for the TED conference but also for the TED community. My hope is that this is the beginning of a sea change where we can all come together, not with answers being yelled from all corners of culture, but with thoughtful and profound questions being asked that we may not have the answers to but are all willing to embark on a journey to answer them.

We are at an inflexion point that’s bigger than all of us. That’s a dialogue and a community that I want to be apart of.

I can’t wait for next year’s TED.