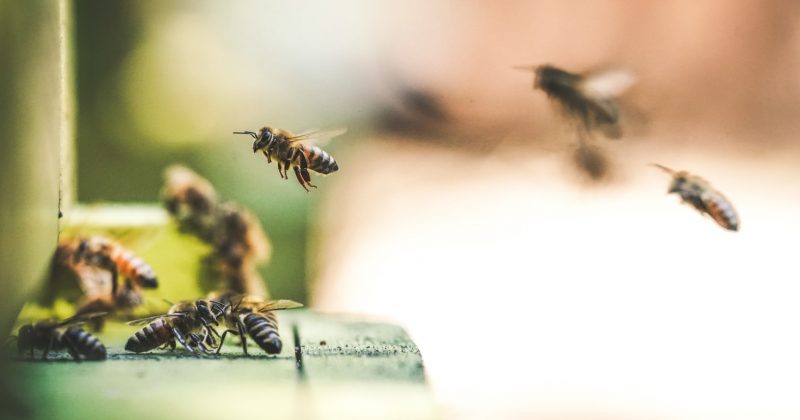 We’ve all seen organization’s that employ very smart people but do some very dumb things. There are a lot of reasons for this but to put it simply, an organization has its own IQ, one that’s not equivalent to the Chairman’s IQ nor to the average IQ of its senior management team.

The benefits of collaboration and networking have been proven, and the best example is found in nature. Bees individually aren’t very bright. It’s estimated that each individual bee has only about a million cerebral nerve cells. When combined, however, a bee colony has about 100 billion neurons. Human individuals have 200 billion neurons. So, a bee hive might be about half as smart as you, but they know how to make honey. In the environment of the hive, each simple bee contributes to sophisticated thinking about strategies for food gathering and defense.

Until recently, zoologists believed that during the famous tail dance, only those bees directly surrounding the dancing bee would be informed about a source of nectar. That isn’t true. Every bee in the hive knows everything that is going on. Researchers have found that a bee’s dance is a refined form of communication. The collector bee’s foot stamping and howling wing noise produces vibrations in the wax of the hive, transmitting the information to other collector bees throughout the hive.

Thus, a hive of bees is capable of making honey although no single bee fully understands the process. And they don’t need to because a key aspect of hive intelligence is task specialization.  A means of communication must exist for any task specialized group to work together effectively. It would in fact take much longer for a group of bees to produce honey if they all were tasked with identical duties. Only by specializing and communicating can the bees make honey so quickly.

If this doesn’t sound like the way your company operates, it should. The trick is to figure out ways to send vibrational communications throughout your group. The good news is that technology is making a new kind of hive intelligence available to humans.

Let’s start with Oracle, who named its early collaboration software BeeHive. The simplest, fastest way to make an entire organization smarter is for everybody to know what is going on. Technology has made it possible to communicate quickly to the entire organization and to subsets within the organization. Specialization does mean that not everybody has to know everything but when it comes to hive intelligence it’s better to communicate too much than too little. The system will balance itself over time but start by over committing.

Start by connecting departments, but don’t stop there. Connect relevant departments with each other so they can see what the other is up to. Create lots of group e-mail lists for each of the departments, but then allow anybody within the organization to subscribe and make it absolutely mandatory for managers to subscribe. Make sure everybody has a networked smart phone. Go beyond email and use instant messaging, and even social networks.

To avoid information overload, encourage communication that is bee-like. No long-winded multi-paragraphed missives, just short and sweet questions answers rapidly exchanged. Create a culture that communicates in images as well as text. Visually show the news and passion surrounding a project. The easier it is to communicate across the organization, the better.