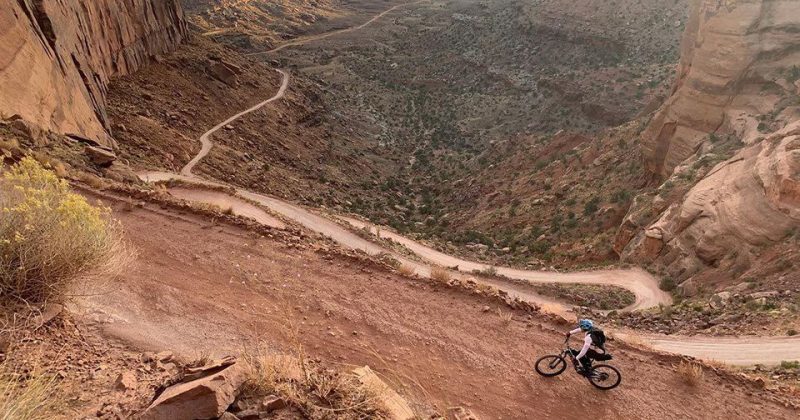 I was spending time in the desert outside Moab, Utah last Friday when an article entitled, Upwork: Fierce Demand-Side Headwinds came across my screen. The article points to Upwork’s latest earnings announcement and the slowdown in revenue growth from 50% to 20%. Along with California’s AB5, this is another signal that new, disruptive BtoB technologies that threaten core organizational processes take a long time to adopt.

For many, these kinds of signals can be scary. Is the gig economy doomed? Will open talent models run out of steam? What does this mean for the Future of Work?

I had those questions as I got on my bike before sunrise to attempt to ride the White Rim Trail in a day. The White Rim is an epic 103-mile long trail in Canyonlands National Park that is known for its test of endurance and will. While I’ve done the ride a dozen times before it’s still intimidating. Not only do you have to have the right amount of fitness but success is also determined by getting the food and water right and a bit of luck that nothing happens to your bike or yourself. One broken chain or broken arm could make a long day into a disaster. This year’s ride was formed with some youthful exuberance, as Ty Montague and Winston Binch, both strong riders, decided to join me for this journey. Their first.

As we rode up and down through the desert, it was hard. Every mile was slow. Pain and dehydration were always present. After 12 hours of epic terrain, we found our way back to our van in the dark.

Along the way, I got a chance to reflect a lot not only about the Seeking Alpha article but also about the work we’re doing. The reality is hard things are hard. Changing culture around open talent and the future of work is a monumental task. It will take decades for organizations to change the way they employ and work with people. There has been pain as we have moved along the adoption curve, starting with those of us that have been entrepreneurs wanting to make their own way in the world, working for ourselves in remote locations. To the small and medium-sized businesses that have been adopting new talent models out of a necessity to survive and thrive. Now, as we stand before the abyss between the small and medium-sized early adopters and the late majority representing the most innovative enterprises, we must change everything we know about adoption. It’s hard and will take all of us working together to build a bridge over the chasm. Much like the White Rim, it will take patience and endurance. And, it will stretch our collective souls, to get to the other side.

But, I have no doubt that we will get there. Let’s lean in and make it happen.

See you out there on the trail.