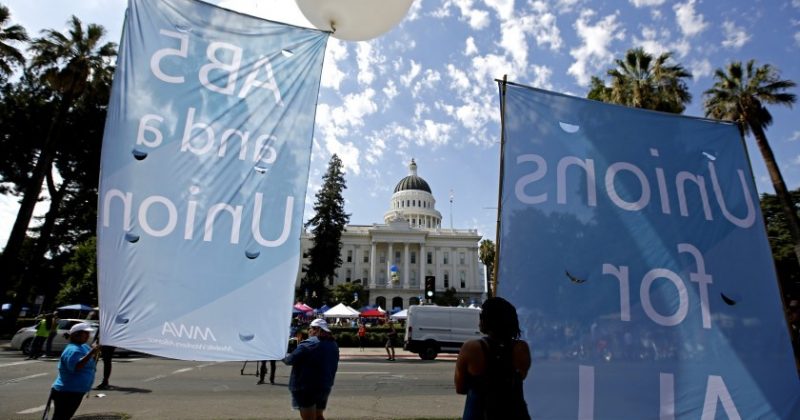 What you should know about the recently passed California bill shaking up the gig economy.

On September 18, 2019, the California Supreme Court signed into law Assembly Bill 5 (AB5), which could change how businesses employ contract workers. Nicknamed the “gig economy bill,” the legislation establishes criteria around the classification of full-time employees versus independent contractors.

Proponents of AB5 believe the bill will halt the exploitation of contractors, as businesses were previously not required to provide minimum wage, worker’s compensation or paid time off for contractors; opponents of the bill worry AB5 could stifle the growth of industries that rely on flexible contractors for their job.

Open Assembly caught up with lawyer Dan McCoy, Chair of the Employment Practices Group at the law firm Fenwick & West, to learn key takeaways of AB5, and what it could mean for both contractors and businesses.

AB5 applies to every type of business. Not just for companies who rely solely on independent contractors, every business is subject to adhere to the principles of AB5. “[The law] applies to every relationship between a company and an independent contractor, regardless of whether it’s a high tech, low tech, or no tech gig platform or otherwise,” says McCoy. “However, it’s certainly a law that has a very prominent impact on gig platforms and the gig economy.”

AB5 codifies three criteria to test worker classification. AB5 applies this worker classification test into California’s Labor Code and Unemployment Insurance Code. The test for independent contractor status was originally imposed by California Supreme Court in 2018 after a claim was brought on behalf of delivery drivers and truck drivers who argued they were misclassified as independent contractors.

“For example, I work at a law firm where we provide legal services,” says McCoy. “If we hire a window washing service to wash our windows before 6 a.m. on Monday, that service is a contractor, not an employee.” McCoy says this example meets all three criteria for an independent contractor because the window washer will not be supervised by the law firm for this work, the service is separate from the core business of providing legal services, and the window washer is in and of itself a separate business.

There are exemptions from AB5. “There are all kinds of scenarios and situations that are not that black and white regarding AB5,” says McCoy. Exemptions to the law include individuals who are architects, engineers, or accountants, individuals where the work is “predominantly intellectual and varied in character” such as freelance graphic design, and many more.

Follow me on Twitter or LinkedIn.
Editor’s note: This article originally appeared on Linkedin.
Write a response...