Communo: From Necessary Invention to Scale 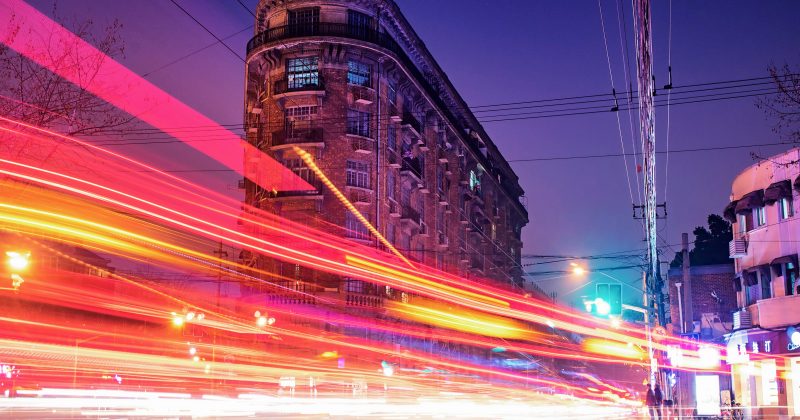 Innovation is the effectuating element that comprises new wealth-producing resources and enhances pre-existing resources to increase their wealth-creating potential. With how fast both the Marketing Engagement industry and the Sharing Economy are evolving, innovation is the key for those operating them. Chris Kneeland of Communo has been a thought leader and innovator in both industries for years.

Open talent offers brands a way to accelerate growth, keep direct connections with their customers, and have the best talent. It’s really the end all be all, but only if you can figure out the management change and mindset shift that comes along with the new operating model. Chris shares how they help leaders embrace proven marketing principles he’s discovered while working with the most iconic cult-like brands on the planet.

In this post, we’ll cover Chris’ interview during the Work. podcast by Open Assembly where he provides insight into the burgeoning open talent ecosystem.

The Transition From Cult Collective to Communo

With the explosion of digital connections between organizations and consumers, whether via websites, social media, or customer-focused data analytics, brands have a habit of putting third parties between them and their customers. Rather than doing more to foster long-lasting relationships with customers, brands are still overly focused on marketing and selling their products and services. Open Assembly’s Founder and Chairman and podcast host, John Winsor, likened this to proposing marriage to someone, only for that person to find out they’ll be spending most of their time with someone else entirely.

Of course, in this analogy, the proposer represents the brands, the proposee represents the customers, while the third individual represents third-party talent providers, recruitment agencies, and freelancers. At some point, Chris came to the conclusion that if we don’t treat our significant others or loved ones in such a way, companies shouldn’t either.

According to Chris, Cult Collective eventually had 72 third-party providers — agencies, recruiters, and freelancers, and it was then that he realized that the number of third parties it was employing had become somewhat untenable. The vision for Cult Collective had begun as a “hub and spoke” model but gradually became a hub with seventy-two spokes. Thus, whenever it was tasked with projects requiring discreteness, having so many third parties could become problematic. Chris and the other leaders of Cult Collective decided to take the Marketing Engagement Agency out of the center, and replace it with Communo.

Founded in 2017, Communo is a platform curated for marketing agencies and creative entrepreneurs to link up. Businesses, agencies, and freelancers can use this shared economy to either seek work, business resources, or top-grade talent. Those looking for talent can find individuals specializing in everything from management, marketing, communications, strategy, content strategy, writing, development, and much more. Communo represents a cost-effective way to ditch the bloated third-party agencies.

“Necessity Is the Mother of Invention.”

Communo emerged as a solution to a far deeper, more profound reality faced by the Cult Collective and the Engagement Marketing industry – many people working in the industry love the work they do, but end up hating the business they’re involved in. Chris elaborated:

Chris understood the conundrum that many people working in the Engagement Marketing industry had found themselves in. This is why he and his partners created Communo — to connect each spoke so that practitioners can connect with businesses looking for talent without needing to go through Cult and firms like that. When Communo grew to over 1,000 members (most of whom were from Canada), Chris and his team decided the time was perfect for investors. However, despite the investors loving the idea, they wanted 100 customers with no history with Cult Collective.

“Prove that the model works when it’s not you calling on favors,” the investors were saying, more or less. Chris explained that to show the investors that the Communo model would work, they moved it to the United States. “Let’s just go find virgin territory […] people that have never heard of our clients or didn’t know a freelancer that was recommending them. And we did that in just a couple of months,” Chris further explained. After proving the Communo model worked, they received the investment money — time to build it and scale it even bigger.

Around the same time (2017-18), the gig community really started to take off, and other people began to take notice. “They were reading the same tea leaves that we were reading,” Chris said. Adding to all of that, the traditional agency holding model had started its inevitable free fall, resulting in many of the freelancing talent turning their backs.

This all started happening before the COVID-19 pandemic took hold of the world, forcing organizations to let people go, forcing others to adopt remote work, and forcing them to reprioritize their lives. People who had worked away from home most of their career were now learning how to make a living from home, and loving it. Very quickly, “…a few hundred became a few thousand, a few thousand became tens of thousands,” Chris explained.

To better put that into perspective, Cult Collective was only outsourcing approximately $3 million before Communo and the pandemic. But, today, Chris says that not only is Communo officially a business in and of itself, but it helps organizations outsource 100 times that much. As an Engagement Marketing firm, Cult Collective has since become a member of Communo and pays a membership fee just like other people and organizations.

And thanks to its huge success, Communo is no longer just for agencies and freelancers. Chris explained that 76% of Fortune 500 companies have in-house agencies, so it only made sense to them as well. From there, things snowballed, with those in-house agencies passing the word on to HR departments, marketing departments, development departments, and anywhere else an organization needs outside talent.

Who Is Chris Kneeland?

Chris is the CEO of Cult Collective, one of the leading engagement marketing firms in North America. He’s dedicated to helping intrepid brand leaders adopt proven marketing principles he discovered while working with “cult-like” icons such as The Home Depot and John Deere. Among those principles, he’s been passionate about reimagining how brands engage employees and customers.

Chris has a long resume, cofounding Cult in 2010, Communo in 2017, as well as The Gathering Summit. He holds a Bachelor of Arts from Brigham Young University and a Master’s Degree in Marketing Communications from Northwestern University and is an adjunct professor at Mt. Royal University. Chris has long been a staunch advocate of putting customers first, and placing brand engagement over entertainment. He helps clients get their customers to buy more by getting them to buy into the brand.