Building a Foundation for Open Talent 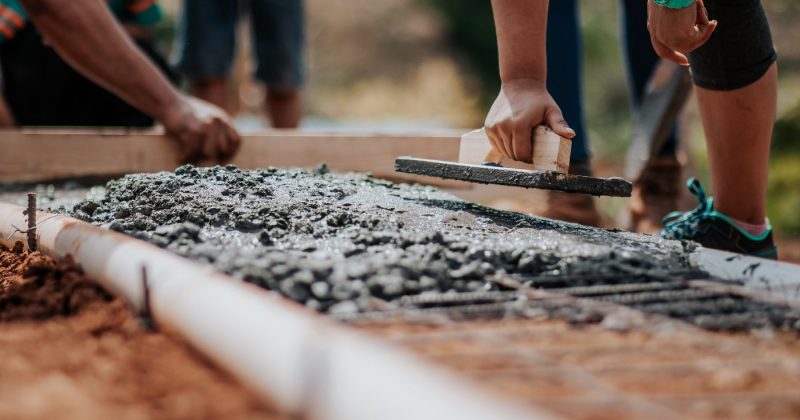 It’s been a while since I’ve written anything here. All of us have been super busy at Open Assembly and The Center for the Transformation of Work trying to get all of the pieces in place to build a foundation for the growth of the Open Talent Economy. Some great stuff has been happening.

When I think about building the foundation for a global movement there are a bunch of things that need to get done. These always seem to fall into the same four buckets: the people, the community, the process, and the technology.

Those are the areas that I’ve been focused on these past few months. Let me bring you up to speed.

Last fall I was trying to figure out how to accelerate the Open Talent movement, knowing that it was quickly outstripping my ability to understand how to implement some of the ideas that Jin Paik and I have been working on with the learnings from our amazing community. I needed to bring in someone that was way smarter than me on how to implement Open Talent systems, at scale, and turn all of the theories and startup experiences we’ve had into reality. We’ve known from the beginning that in order to scale our movement we’ve had to do two things. First, create a common language and, second, create a common process for organizations to adopt Open Talent.

We’re getting there quickly.

One of the first moves was to find the right people that could really scale the movement. This started with Barry Matthews, Bryn Barlow and Eleanor Matthews. They were an integral part of the community and had been running Re-source, a consulting company dedicated to teaching organizations how to adopt Open Talent in a structured and strategic way. We agreed to combine our efforts and merge Re-source into Open Assembly. The results have been nothing short of amazing. Barry and the team have been working with innovative companies like UST and have proven the best practices for adoption with great success.

One of the real drivers of our momentum has been the amazing work and insights from Dyan Finkhousen. Dyan was a founding advisor to Open Assembly, along with NASA’s Steve Rader and Deloitte’s Balaji Bondili, as we all attended Harvard’s Crowd Academy in 2018. Dyan is now our Chief Strategy Officer and is acquiring deeper learnings from our experiments with clients to figure out the best process of Open Talent adoption.

John Healy, who was the Head of Innovation at Kelly for more than 25 years, is now the Managing Director of The Center for the Transformation of Work. At the beginning of the pandemic, we were having our monthly meeting with the members of the Open Assembly Collective, our thought leadership group. John, a member at the time, challenged the group by suggesting we do a weekly call and open them up to the world, as everyone was in need of knowledge about the future of work. Low and behold that was a game-changer. So many global talent leaders began to join the weekly meet-ups. Over this past year, more than 3000 people have engaged with the community.

Likewise, Jon Younger has joined us as our Expert in Residence and is doing a wonderful job networking with Open Talent platforms and getting the word out to the world.

We now have the most talented set of leaders in the Open Talent movement. We’ve checked the first box.

The second box we had to figure out was the community. While we had 3000 people attend our calls and engage in the conversation, Sajeev Nair, of Zurich Insurance, commented that the calls were awesome, but what are we going to do about making the Open Talent movement scale? We decided to run a design sprint with 20 community leaders. Through this design sprint emerged The Center for the Transformation of Work (CTW) with the mission of transforming work for a billion people by 2025. CTW is now a non-profit organization that is self-governed by the community. John Healy took charge of guiding the community and is doing a fantastic job.

While the CTW focuses on supporting the supply side of Open Talent — the freelancers, Open Assembly continues to focus on building the tools for the demand side of the marketplace, both organizations interested in using open talent and the platforms that supply it. We’re building models, consulting, and building technology to remove friction from the adoption process.

One of the first important initiatives at the CTW was to create standards for Open Talent platforms. We have started to accredit platforms. I’m grateful to Simon Hill and Wazoku for becoming the first platform to be accredited, and to Hayden Brown and Upwork for being next in line to go through the process. This effort will go a long way in creating a common language and help all platforms innovate and better serve the 1.2 billion people that make up the global freelance community.

Jin Paik and I have also been working on a book for Harvard Business Press for the past few months. It’s a detailed guide on the processes necessary for a company to successfully adopt Open Talent. It’s slated to be released later this year or early next. What a learning experience!

The five other books I’ve written have been so much easier as they have always taken a current paradigm and shifted it a few degrees. With this one, it feels like we’re flying a plane and building it at the same time. I think we’ve nailed the process, but that wouldn’t have happened without all of the important groundwork that Barry, Bryn, and Dyan have done with clients to really figure out the nitty-gritty of the Open Talent adoption process. It’s because of this amazing team that we’ve figured the model out, supported it with academic research, and now tested it in the market. We are confident that we’ve established the best process for Open Talent adoption that will be necessary for every organization trying to overcome the current talent crisis.

Now that we’ve built the team, the global community, and the process, we are now working on creating the technology that will allow us to remove more friction from the adoption of Open Talent. It’s the start of the journey and one that I’ll be updating you on a regular basis.

I’m committed to giving you a weekly update going forward on what’s happening in the movement. Also, be sure to follow my podcast as I explore up-and-coming technologies and companies that are sure to change the world of work with Open Talent.

For me, this has been a long 25-year journey of exploring alternative talent models. I’m so grateful for everyone that’s been willing to hop on the plane with me. . The world of Open Talent is changing rapidly and I’m committed to making the world of work better for everyone.