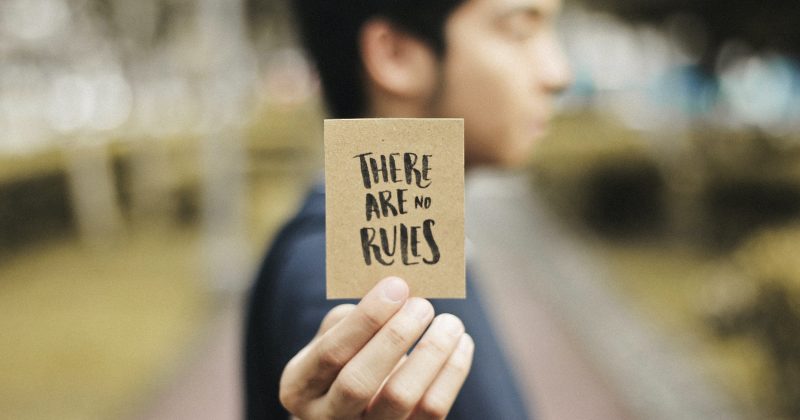 Last week’s discussion with leaders in the Future of Work and open talent ecosystem was powerful and open. It revolved around macro trends seen in the workforce marketplace and in that discussion, John Healy from Kelly asked the question: What rules need to be broken. That was a spark and got everyone excited. So, this week, we asked the following question: What rules and norms need to be broken (and are being broken) to bring about shifts in culture and mindsets so that businesses retain the new, efficient ways of doing things that they’ve discovered and adopted during the current situation?

To kick things off, Jin gave us his weekly update from LISH. We’re seeing that people are doing whatever it takes to get things done. Being locked up has, in a way, forced us to be more innovative. We often see the best come out of organizations when they have to get things done, not when everything is easy and business as usual.

An example from home: Harvard Business School has shown a lot of resistance to online learning, but we’ve seen elsewhere that the shock of the current pandemic has forced everyone into doing things virtually, and people tend to come on board very quickly. However, from a design perspective, we must recognize the need to support people and allow them to grow into the new normal. We also need to redefine how we think about people’s skills, getting them upskilled, getting them reskilled, and change curricula and teaching approaches accordingly.

Here are some of the rules I’ve seen broken.

Take a traditional company, where processes, procedures, and the way they do things are very, very defined. There’s been a shift. Now, they work with so many marketplaces that are exchanging logos, creating custom landing pages for users of different types, and coming to agreements with little or no friction along the way. The focus has moved from brand protection to a focus of doing the right thing for the people and the business. We’ve all come to realize that we’ve been focusing on less important things and we now have opportunities to focus on what we need to do better to ensure business continuity.

Secondly, many crises in the past were localized to industries or geographies, and we would then see the ripple effects of those events over time. Now, however, there is no localization by industry or geography. In response, there is a lot more peer-to-peer exchange going on at the company level where people say, let’s focus and optimize this and that and work better with other people even without contracts in place, just on a handshake. This has held true even for procurement and supply folks who used to take weeks working on the intricacies of contracts and legal work.

Trust has been created inside organizations. It started with empathy and doing what was right to a total shift in priorities. For example, companies started with giving WFH options to everyone and expanded that to rolling out wellness programs for all.

Empathy in the education sector is a great example. Schools across the country closed in the wake of COVID-19, but in Philadelphia, they were worried about equity and kids who didn’t have laptops or the internet to avail e-learning opportunities. The digital divide was the issue, so the schools collaborated with partners and secured 30,000 Chromebooks for all of the children in that school district to use.

The same can be seen elsewhere. For example, businesses that would probably never have worked together such as CVS, Hilton, and The Gap worked together to move furloughed workers between these sectors as needed. We saw the same with Kroger, Cisco, and Marriott. Moves within the same company have also been seen, such as with TD Bank moving people from auto loans, where activity levels were low, to other places such as service centers where needs were growing.

And when it comes to productivity impacts, companies with WFH in place say their workers are more effective than before, and those that are still modeling how to roll out WFH say they expect a 15-20% productivity decline across the workforce with remote work. This simply means they probably don’t have a clear picture of some of the things that are available to them or how remote work needs to be executed.

In terms of rules, how will we get back to work? Work protocols will be needed. Governments will not allow people to go back to work until safety protocols are in place, such as consumer protocols, rules for the foodservice industry, and otherwise. How much space will be the required minimum between tables? What rules pertaining to sanitation and masks will be needed? Will breaking rules of these types mean going to jail?

Communo is behind Some Good News, which the team moved from ideation to production and rollout within three days. Big names such as Netflix, WME, YouTube, and Hollywood People were simply too slow. Even NASA has gotten involved in a project involving astronauts and isolation in space.

What’s most surprising is the speed at which collaborations have come together. Hilton is furloughing workers and they are getting people to CVS when they had no prior relationship. Companies are looking for people who are doing things and connecting with them on personal numbers. The desire to have conversations is a big deal.

What is also overwhelming is the breadth of creative solutions and the notion of collaboration within and across organizations and with governments, but the question is how we build resiliency from an organizational design perspective, what will partnerships and working with government start to look like, and how will org structures change?

I’m not convinced that all of this goodwill will not be forgotten once things are normal again. I think some rules are still needed for fairness and parity. Non-handshake agreements, bypassing rules and bureaucracy, that’s all fine, but only if certain limits are not crossed. We provide our platform for free to people and companies who have ideas and want to crowdfund innovation because these things are mission-critical and centralizing that knowledge is important but we still ask companies to undergo some basic onboarding to make it work both ways.

Competitors fighting for mythical market share is no longer the norm. Different people coming together and speaking and collaborating is something that may stick. We even see many political parties playing nice and companies working together in new ways. Carrying that forward would be great, but we must be cautious if goodwill and good gestures revert to the norm as soon as the pandemic is over.

In the US, the idea that the federal government can take care of you has been severely challenged. It has fumbled the handling of this crisis in almost every possible way. However, lots of people have stepped into that void in a really inspiring way closer to the local level. State governors rose to the challenge, and at the city level, we see mayors stepping into that leadership vacuum.

The whole thing has been shocking to see unfold, this great infrastructure that has fallen over and tripped over itself. It has reminded people that, at the end of the day, it is your neighbors that you need to rely on.

A long standing trend has been a lack of civic engagement at the local level. It tracks oppositely with the internet, which has caused the local social fabric in small towns and big cities to dissolve. This event has been a great reminder that, when push comes to shove, the people you communicate with on Facebook don’t matter, it is your neighbors and those on your block. That is a great positive mindset shift that is coming out of this crisis.

What we see is people getting things done. To the earlier point about not being irresponsible while doing things, I agree, but we see unnecessary bureaucracy getting thrown out the window. Things that are slowing things down and are not critical are being tossed aside. We still need the basics there, such as responsibility, but the ‘get things done’ attitude will be remembered. For the companies that executed in that fashion, that will be the start of their new brand identity. They will be remembered as the companies that stepped up when it mattered most.

Steve Rader – Center of Excellence for Collaborative Innovation at NASA

When you get powerful ecosystems connected in ways that they have the skills and tools behind them, threading together amazingness and getting things done becomes not just possible but becomes the norm and redefines what agile can really be. We’ve seen organizations facilitate team creation with individuals who are already really well matched and have oftentimes worked together in the past as well, and they got things that used to take weeks to get done, completed within hours. This shows us that we need to be able to find people within an organization to help you get through changes and find like minded individuals who also want to see change happen, especially in areas such as legal or procurement, so that we see changes cascades through the organization.

I’m doing some work in Denmark. I’m intrigued that the Danish model enfranchised the freelance community. Historically, they  have been strong on collaboration between unions and employers supported by the government. This blended system seems to be a future scenario for other countries. They are coming together. The Danish government  is sponsoring it for platforms, industries, with unions.

Rule-breaking comes with new rule creation. It is the shift to a much more collaborative culture at every level and with more stakeholders.